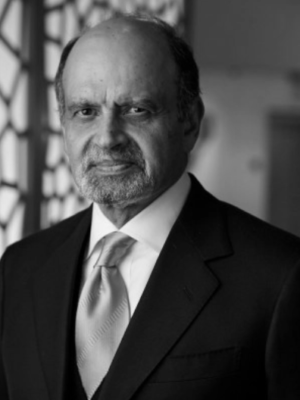 Dinyar Devitre is an international business executive who has held leadership positions over a 40 year period in the consumer products industry and financial services in Asia, Australia, Japan, Europe, and the U.S. He is currently a member of the Board of Directors of Altria Group, Inc., where he is Chairman of the Finance Committee and IHS Markit Ltd., where he is the Chairman of the Audit Committee.

Mr. Devitre has held a number of senior operating positions with Philip Morris and then with Altria where he had a 35 year career. Most recently he was Senior Vice President &amp; Chief Financial Officer, Altria Group Inc., a role he held from 2002 to 2008 before retiring from the Company. Between 1998 and 2001, Mr. Devitre was Executive Vice President and Group Head of Citibank’s Global Consumer Bank for Europe, Middle East, Africa, and South Asia. Born in Jamshedpur, India, Mr. Devitre earned a B.A. (Hons) Degree at St. Joseph’s College in Darjeeling, India, and a M.B.A. from the Indian Institute of Management in Ahmedabad.

Mr. Devitre resides in New York and is married to Aashish Devitre.