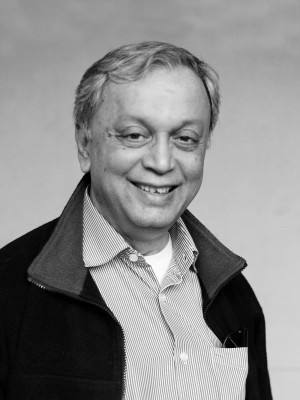 After obtaining a PhD in chemistry from Ohio State University and serving on the faculty at the University of Houston, Dr. Madhav Chavan returned to India where he worked in the slums of Mumbai as part of the National Literacy Mission. In 1995, as a result of a UNICEF initiative, he co-founded Pratham to address problems of universal primary education in Mumbai.

Since then, Dr. Chavan has led the development of the organization, pioneering large-scale innovations to address literacy problems among India’s underserved children. He expanded Pratham’s reach from Mumbai to two-thirds of India with programs that include early education, remedial education for primary schools and upper primary students, libraries, support for children who have dropped out of school or are at risk of doing so, and vocational training for youth.

Named a 2014 Asia Game Changer by the Asia Society, Dr. Chavan also received the 2012 WISE Prize instituted by the Qatar Foundation at the World Innovation Summit for Education, an award which has been equated to a Nobel prize for work done in education.

Dr. Chavan combines his scientific training with his creativity (he has written songs about human rights and anchored television shows) to continually seek innovative ways of educating India’s underprivileged children.

“A Point of Light in Mumbai,” co-authored with Rukmini Banerji, Paresh Vaish and Atul Vardhachary in The McKinsey Quarterly, Winter 2001.