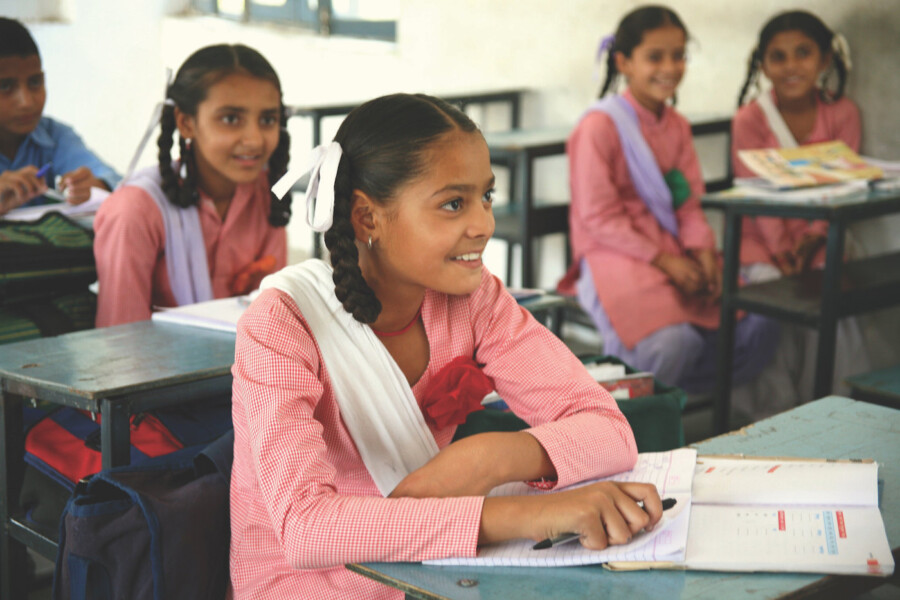 “Something is changing,” noted Pratham Co-Founder and President Dr. Madhav Chavan, referring to the thirteenth Annual Status of Education Report (ASER), released on January 15, 2019. This expansive survey conducted by Pratham yields essential data on multiple aspects of education in India, influencing the development of policies by local and state governments as well as the allocation of funds.

Whereas ASER 2017 (Beyond Basics) examined 14- to 18-year-olds for the first time in the history of the report, ASER 2018 returned its focus on the schooling status of children three to 16 years of age and the basic reading and arithmetic competencies of those aged five to 16. Pratham team members, partners and more than 30,000 volunteers reached 546,527 children from 354,944 households in 596 districts across rural India.

“ASER has been witness to changes in India’s school education landscape for more than a decade now,” Dr. Chanvan explained. “In the first years of ASER, it was a bit difficult to justify this annual effort. But, as years went by, the individual dots started looking like trends.” This year’s findings show school enrollment continuing to improve and children’s learning outcomes displaying positive trends of varying degrees.

The proportion of six- to 14-year-olds not enrolled in school has fallen below 3% for the first time since ASER’s inception, to 2.8%. Even more encouragingly, the percentage of unenrolled girls aged 11 to 14 has fallen to a mere 4.1%, down from 10.3% in 2006. Meanwhile, after years of steady increase, the enrollment rate in private school for six- to 14-year-olds remains at 30.9%, virtually unchanged since 2014, when it was 30.8%, suggesting a trend toward a more favourable opinion of public schools.

“The decline in learning levels observed in government schools after 2010 is slowly reversing, at least in primary grades,” observed ASER Centre Director Wilima Wadhwa. “Learning levels are up in most states in Std III and Std V – this is good news indeed!”

Unfortunately, only a quarter of all third graders surveyed are at grade level in terms of math and reading skills, while only half of all children surveyed can read and less than a third can do basic arithmetic. The survey also revealed a clear gender gap in the area of math: 50.1% of boys — but only 44.1% of girls — in the age group of 14 to 16 were able to do division.

Although some states did see a mild increase in basic literacy and numeracy levels at lower grades, most students completing the eighth grade are still unprepared to pursue higher studies and lack the necessary training to enter the workforce. As the 2017 survey of older children brought to light all too clearly, failure to remedy gaps in their early education will have serious repercussions for India’s children in later years.

Read the full report or watch this video to get an overview of the key findings.